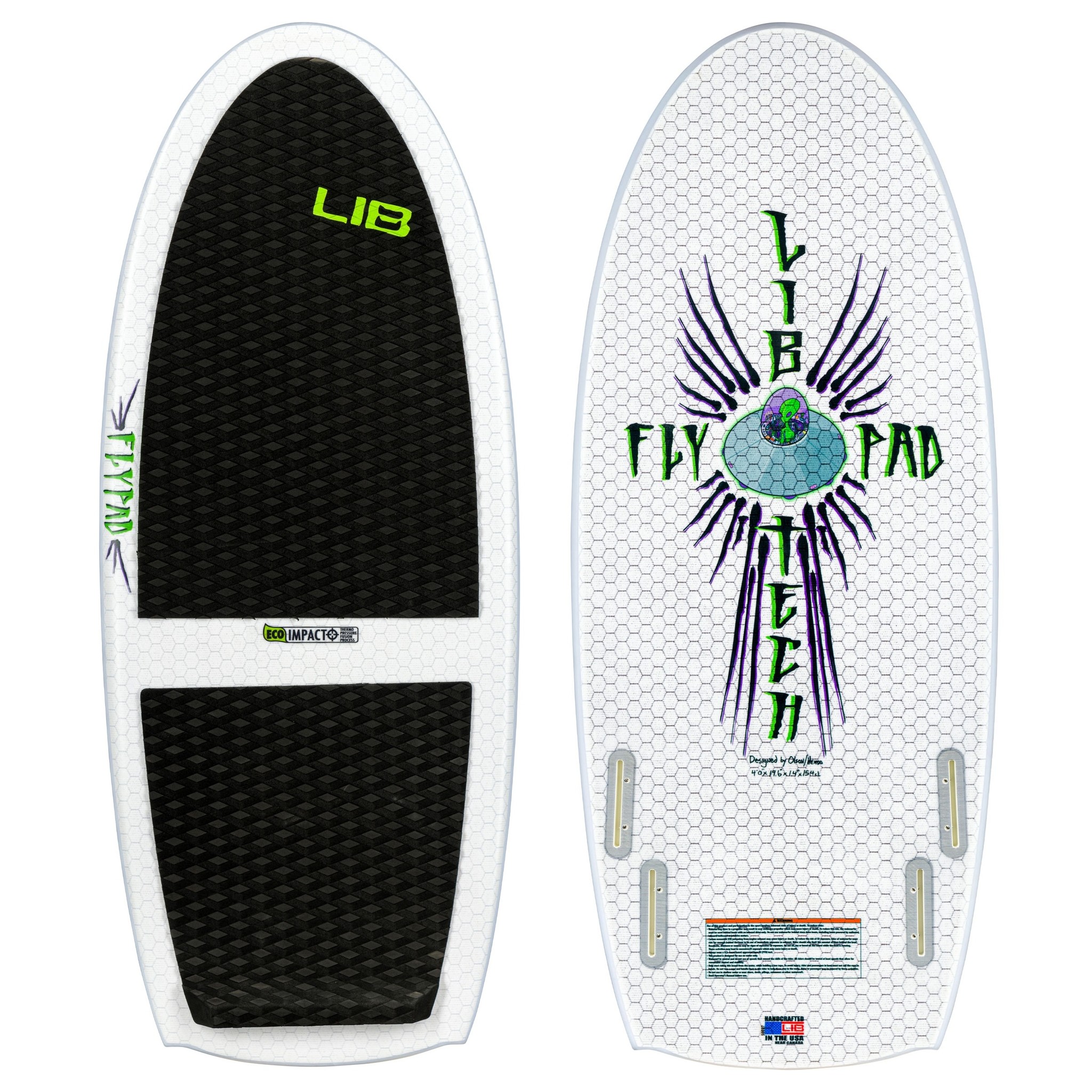 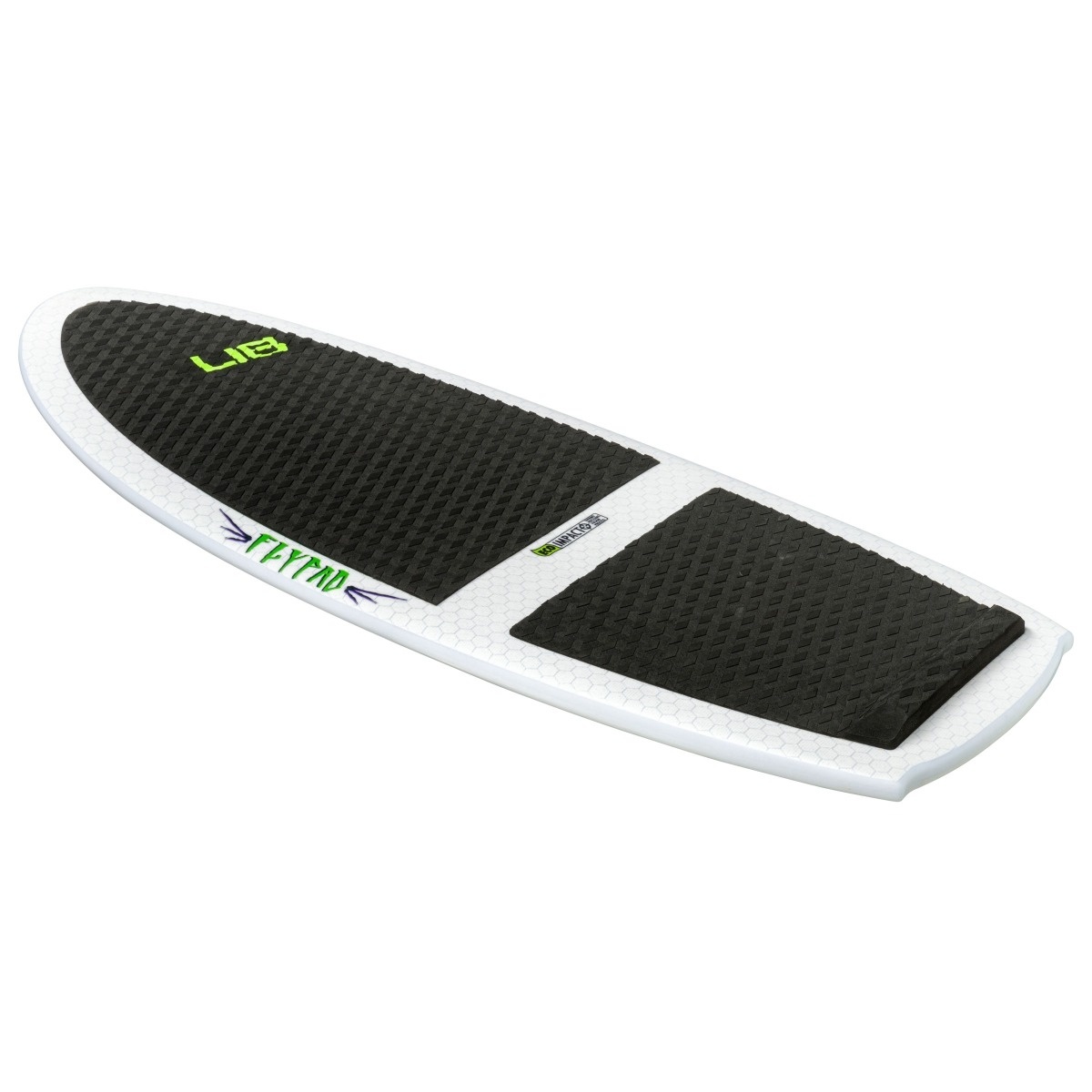 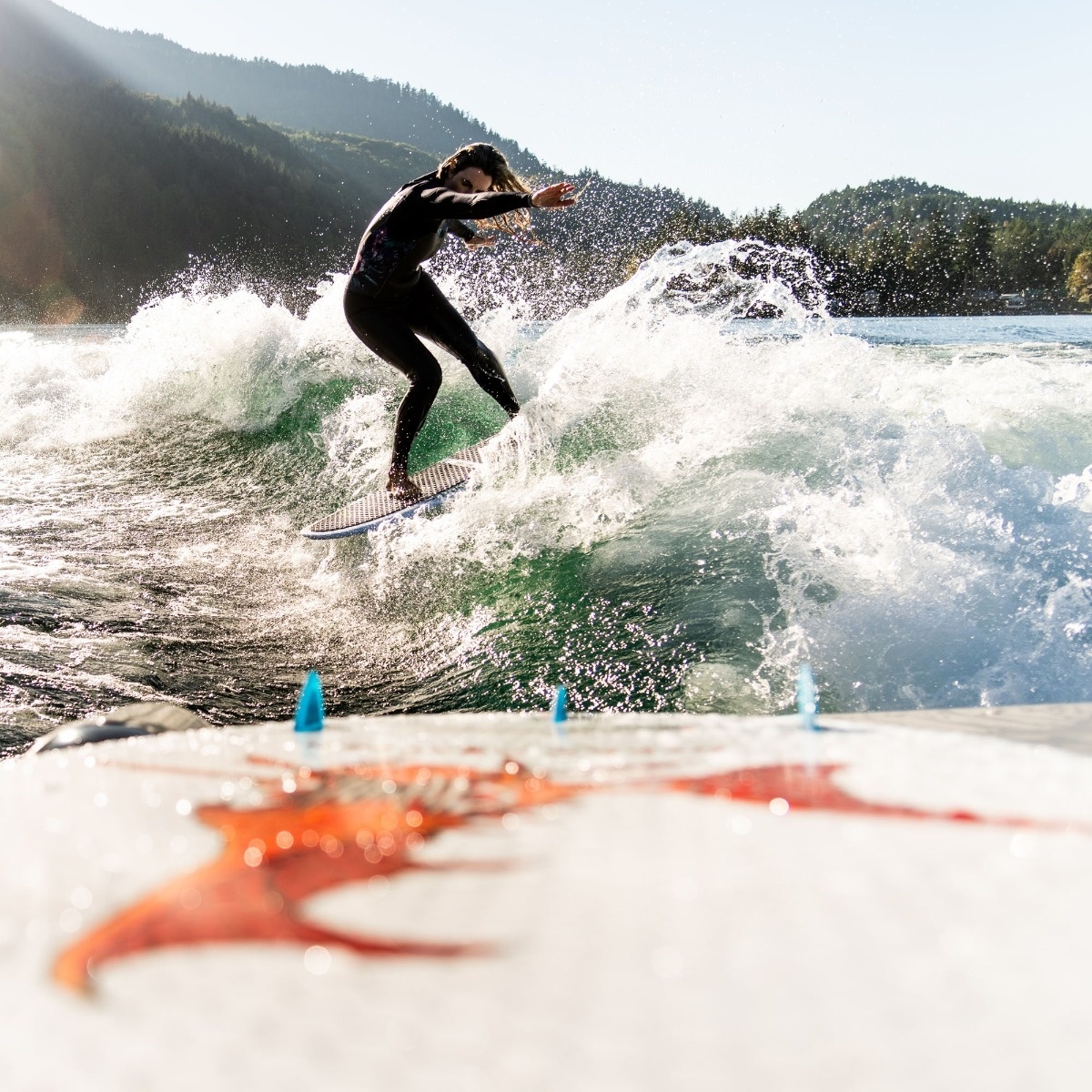 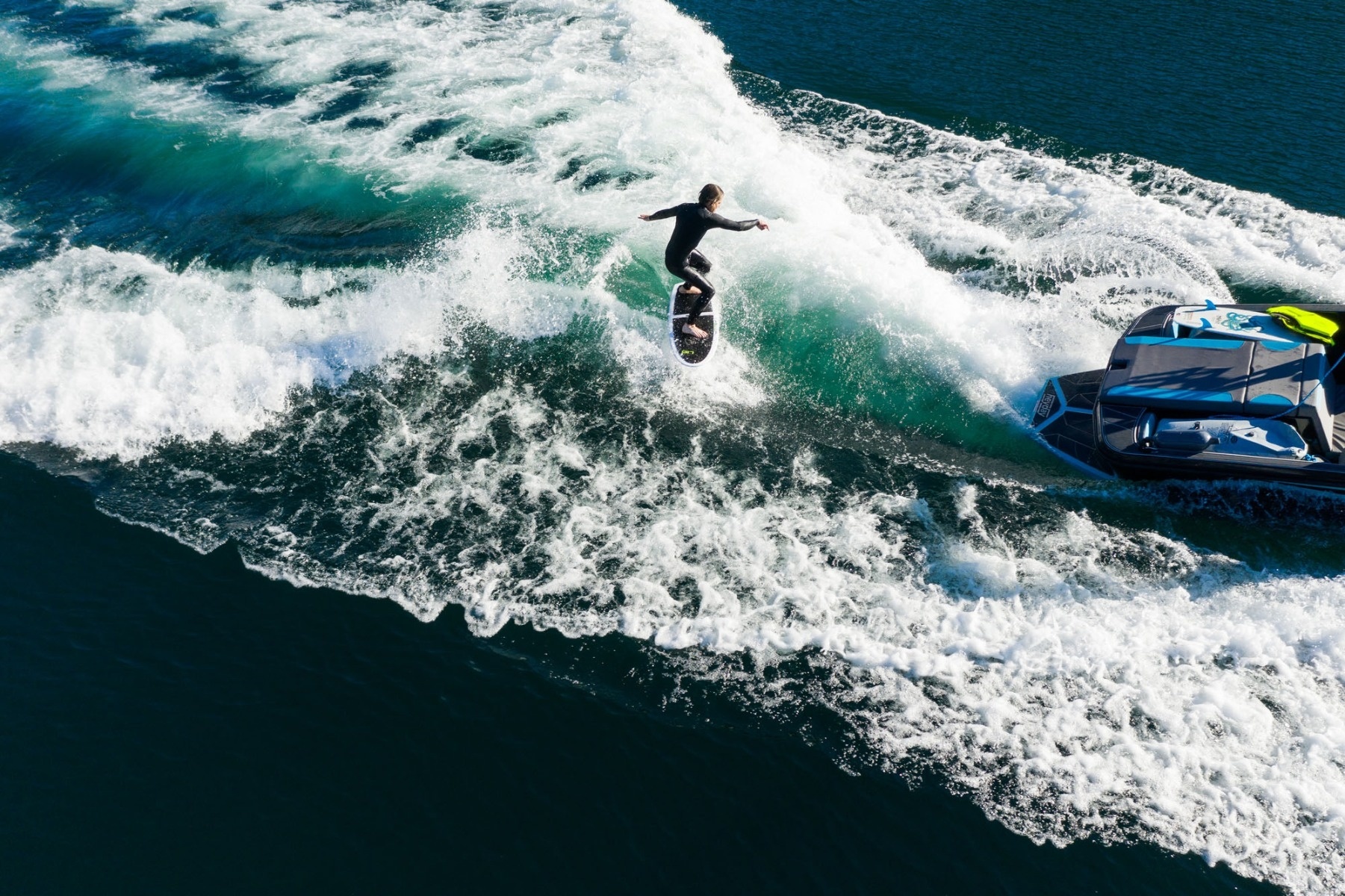 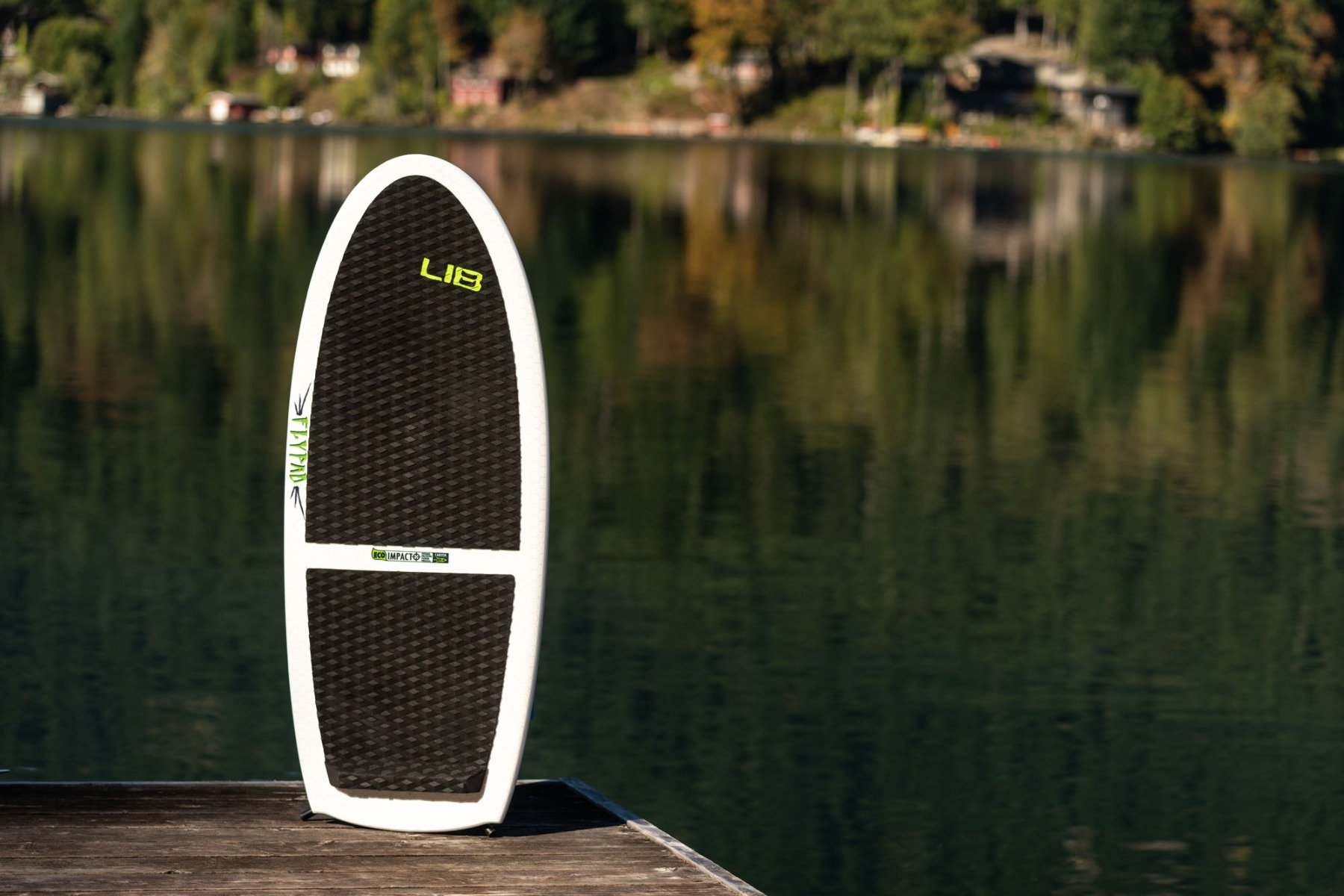 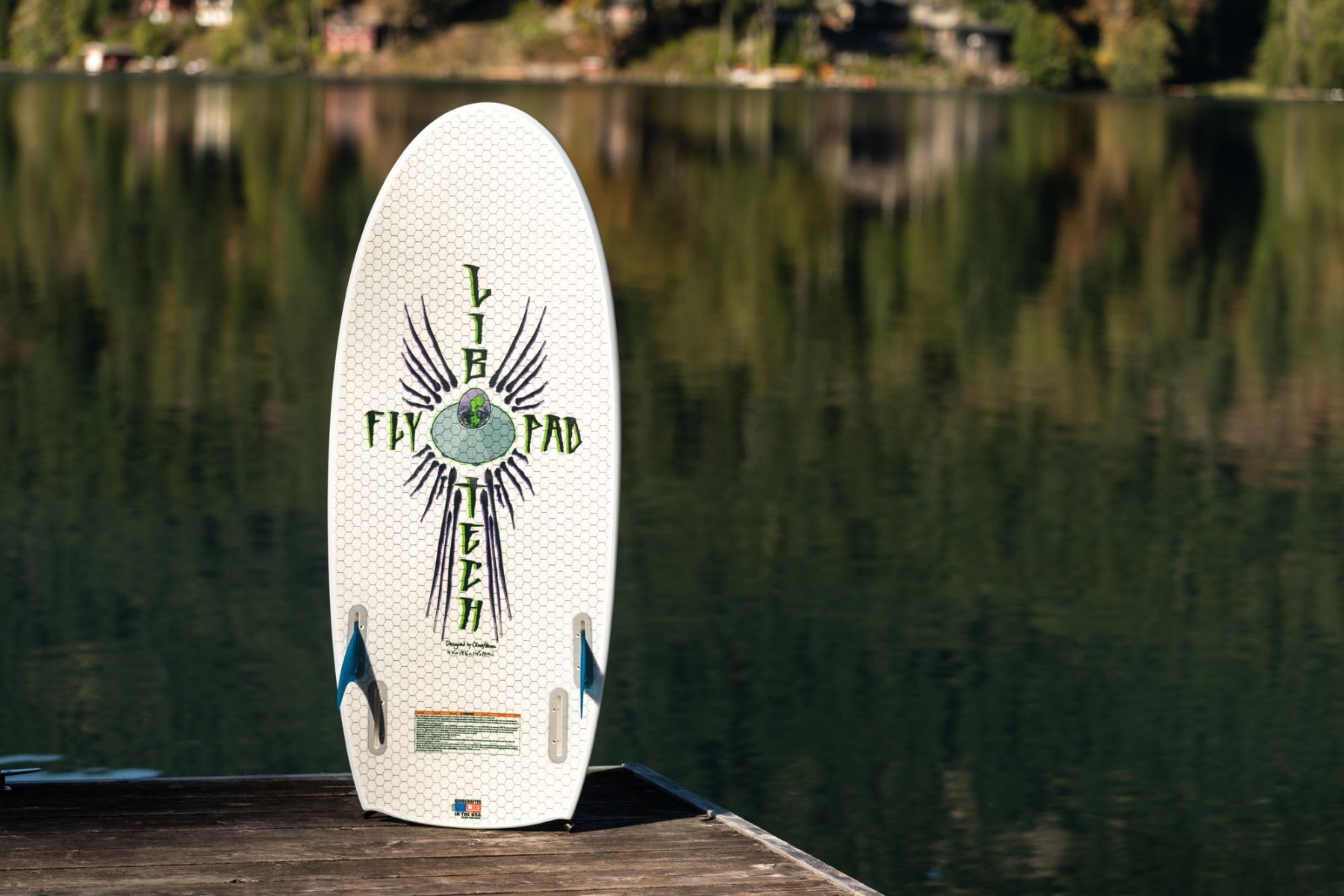 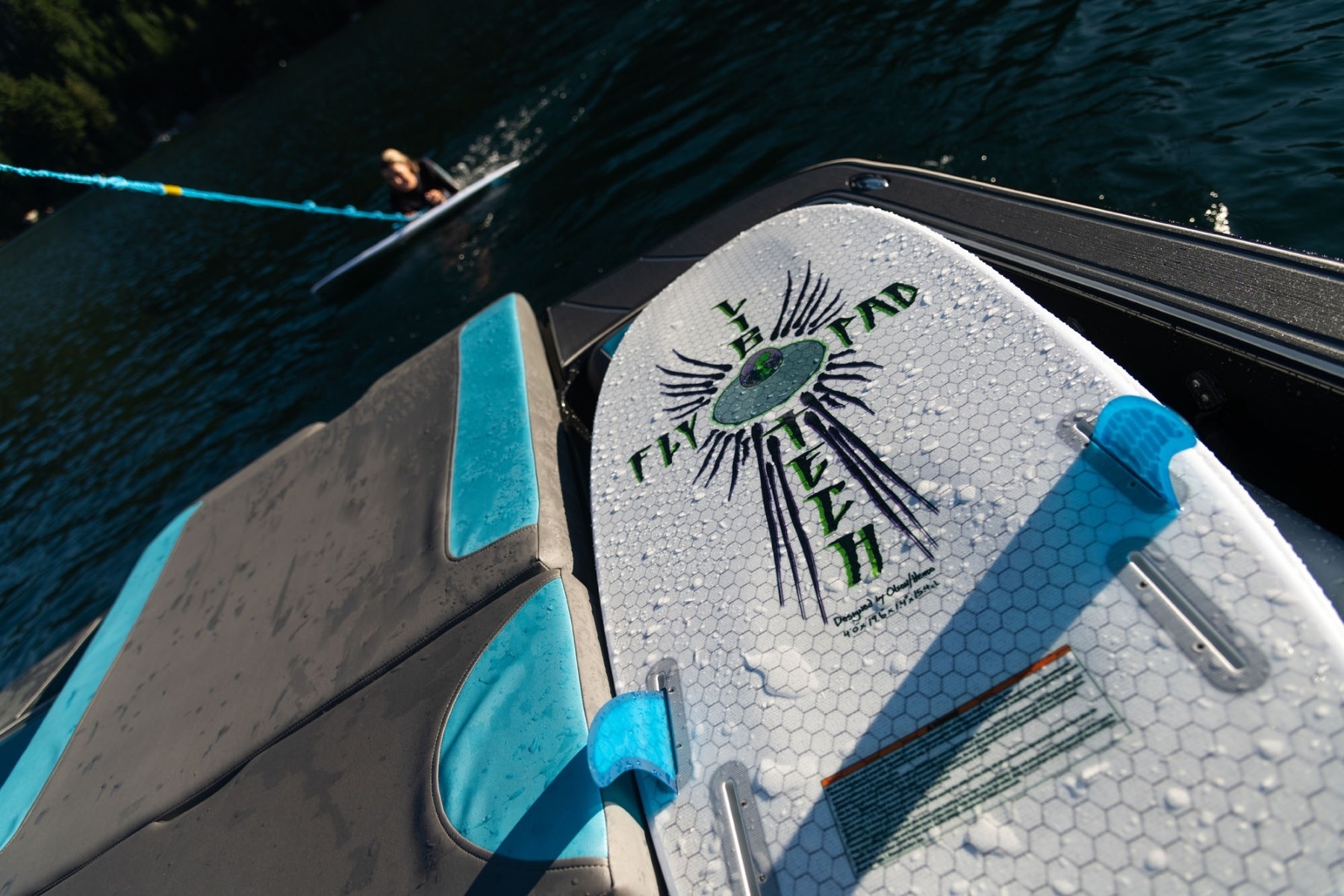 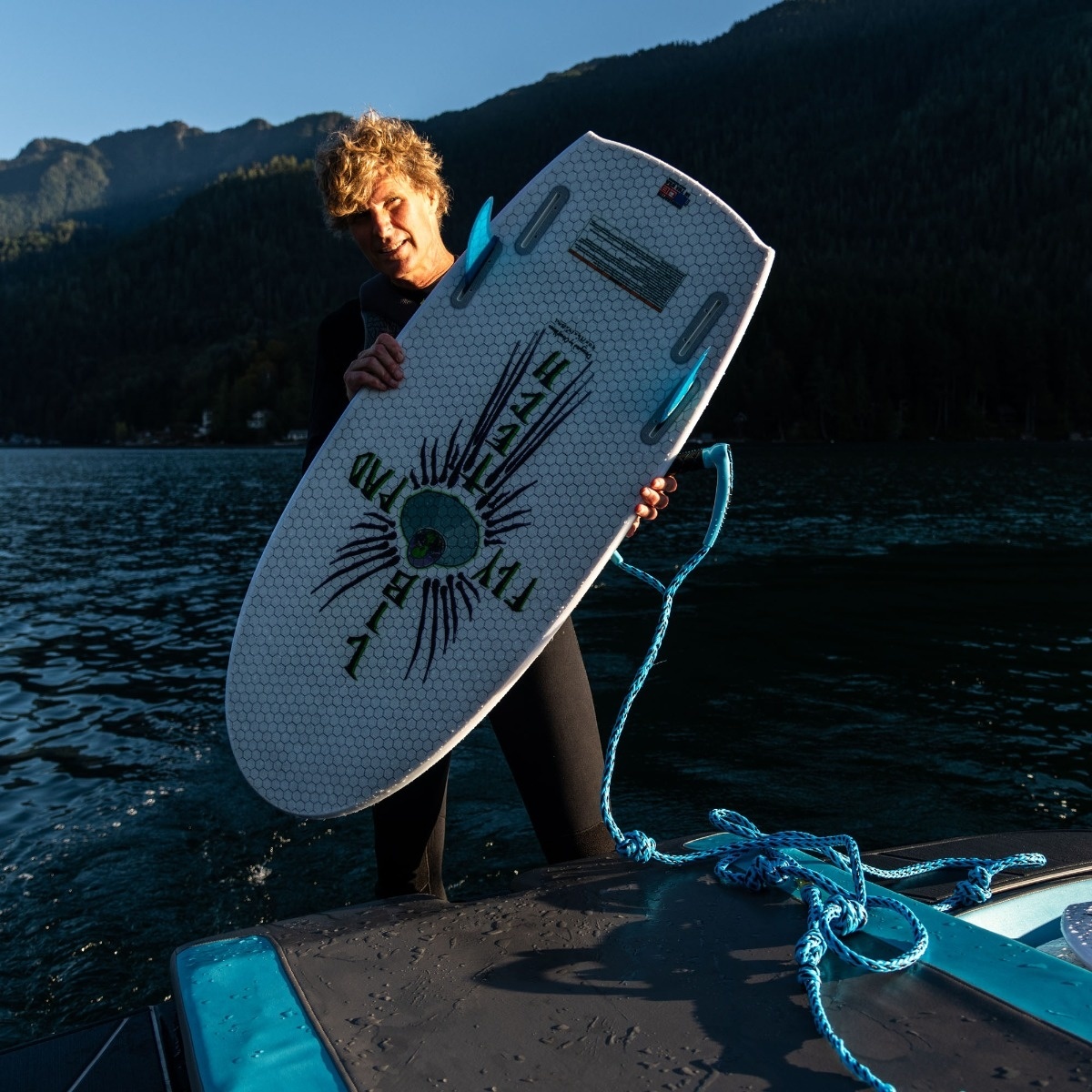 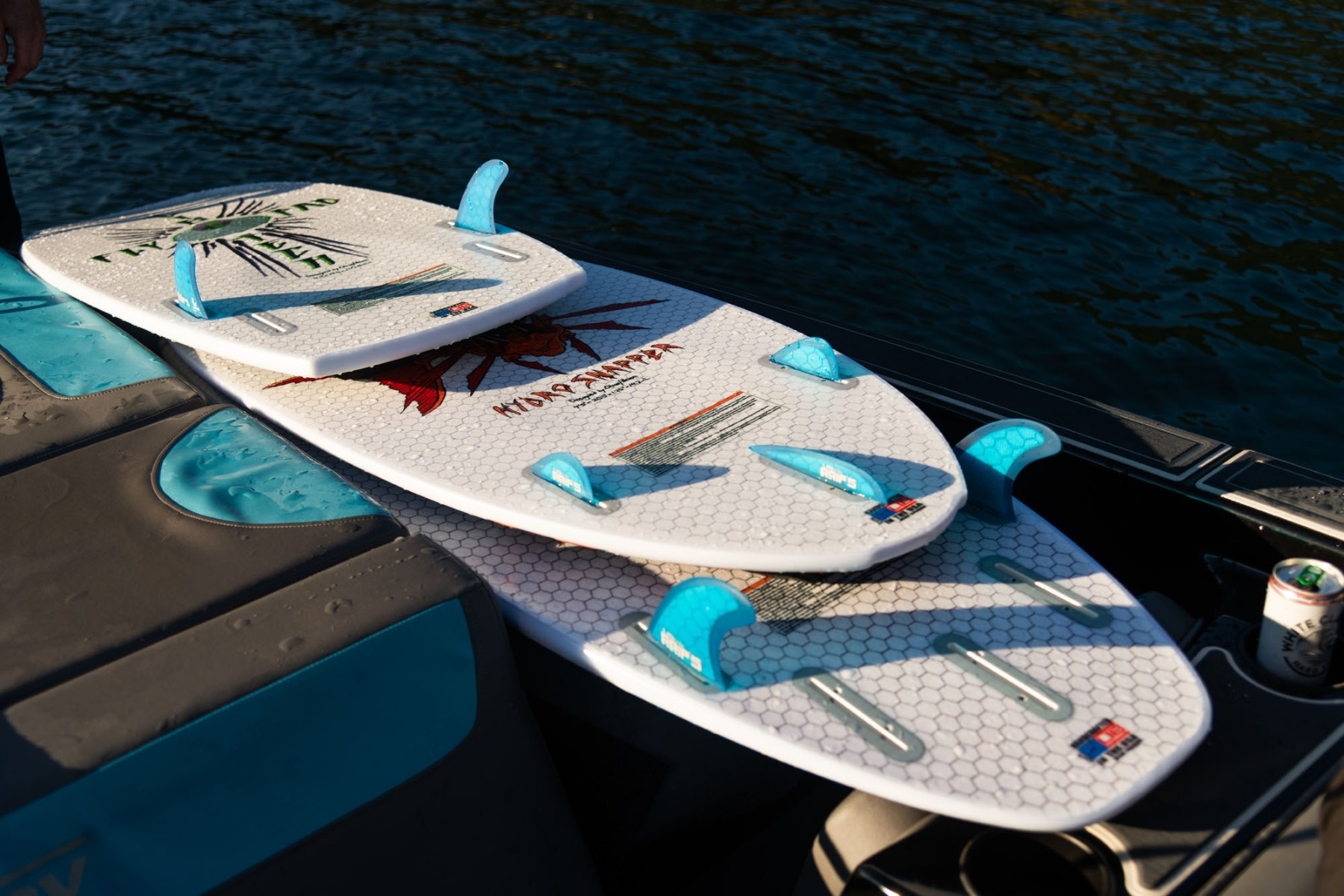 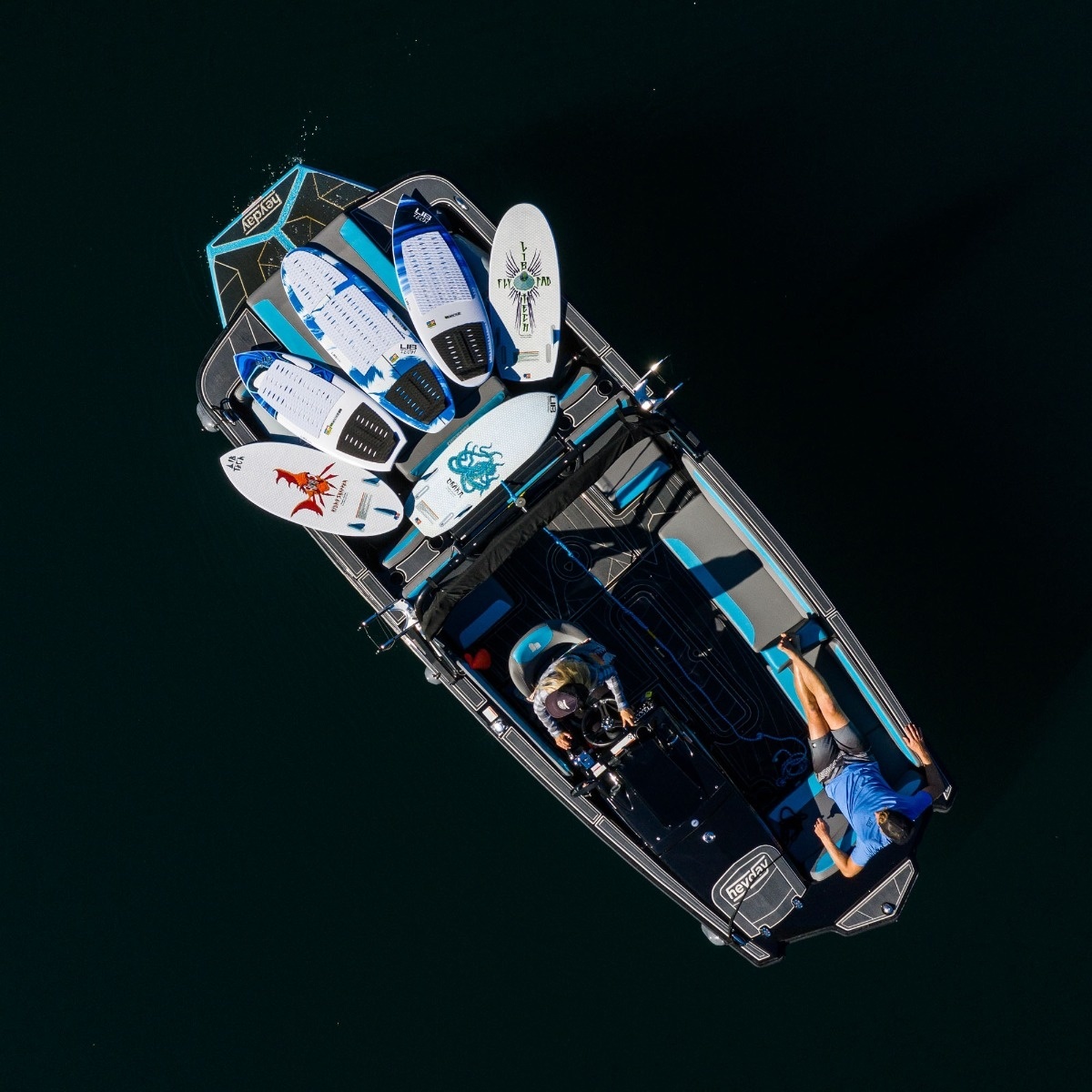 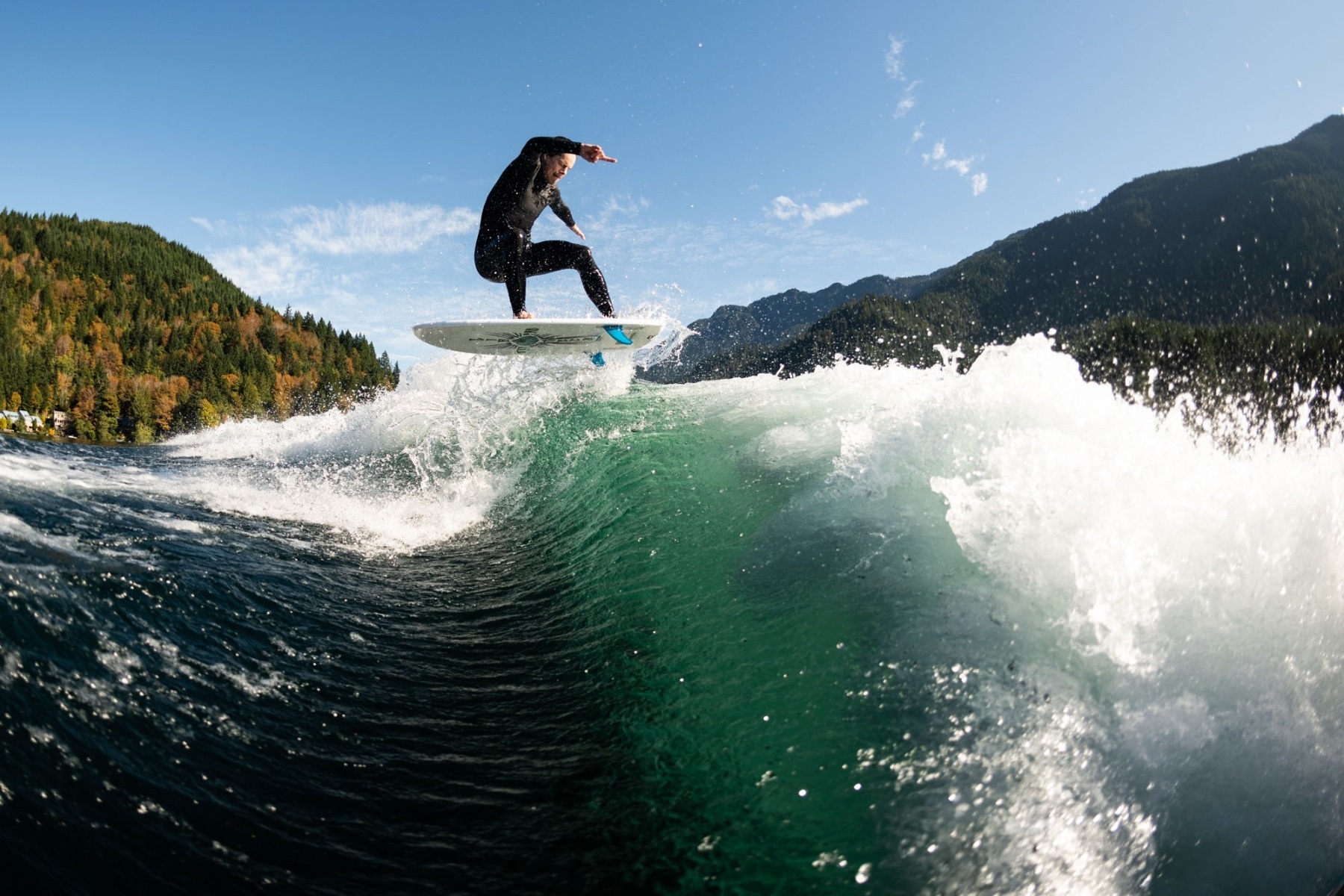 The quest to re-create the unrestricted high performance feeling of freedom and fun you find in the ocean or skatepark continues to drive our wake shape design progression.

The key components in performance and wake expansion are speed and size of board and they traditionally are working against each other... a smaller board usually means a slower board and less usable wake, a bigger board is faster but, doesn’t fit into the wake in a way that allows tight performance surfing. If you can align speed and acceleration with maneuverability and ability to fit into tight transitions something really magic happens...!

THE FLY PAD MIND AND WAKE EXPANSION NANO CRAFT
Introducing Mike Olson’s new Fly Pad, a scaled down, teched up, ultra speedy, wake expanding, high performance, skateboard influenced wake surf shape. The game changing Fly Pad comes in three short, magical alien sizes: 3’10”, 4’ and 4’3”… you ride it 6-8” shorter than your normal board. Mike is a big fellow and rides the 4’ and has never been happier! There are so many features designed into this small fun enhancing dream stick it clogged our CAD programs... The plan shape features a narrow bullet like outline that is quick rail to rail, has a speedy straight rail line, and a wide fast tail with super pop. This is combined with a flatter rocker body and precision beveled nose that fits radically into small spaces. Mike added some critical details he dialed in through years of experiments... hard tucked rails that release water and create lift wrap the entire shape and he added two speed generating P.A.D. “Particle Accelerator Dish” concaves, one in the tail and one in the nose. The deck features a concave under the front foot to maximize the skateboard feel. Now you can fly with Mike on his space expanding, high speed explorations to the magical delicious nano center of wake surf design.