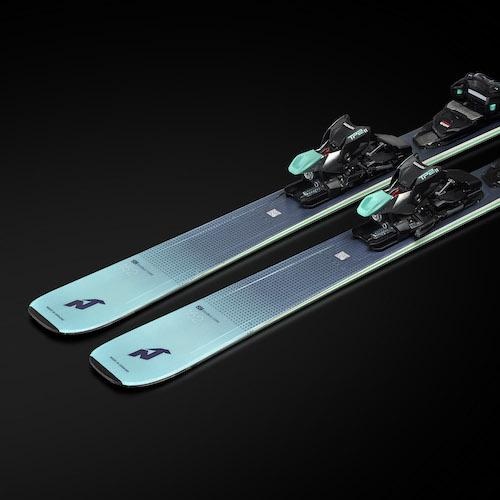 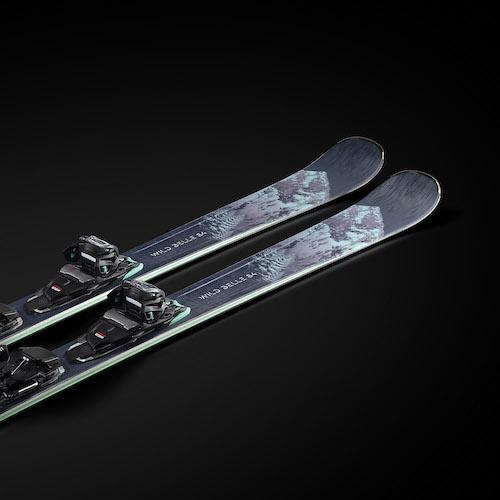 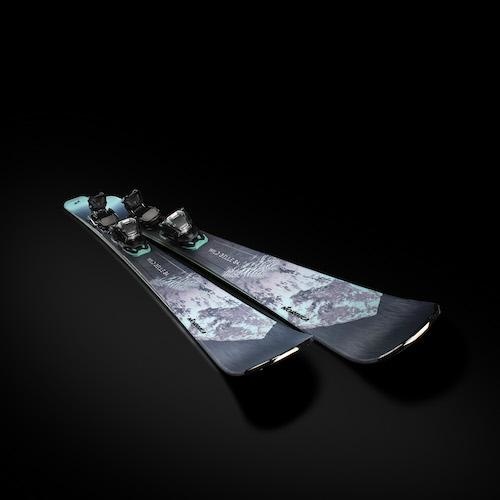 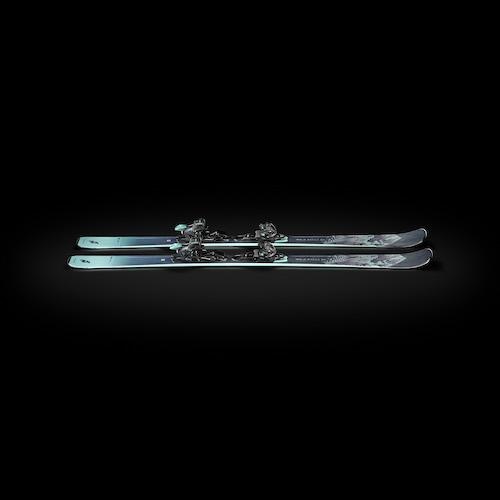 The all-new Wild Belle DC 84 2022 from Nordica was designed exclusively for ladies who're looking for skis they can control every day, everywhere, making days on the snow unforgettable.

With Double Core Technology, Nordica rises to a high never reached before: using two wood cores allows us to move key construction ingredients to the center of the ski, making it smoother, more playful, and more fun without lowering the speed limit.

The second main innovation in the new Belle line lies directly in the mold, allowing female skiers to assume a more natural, centered position. The greater naturalness of the stance allows the skier to deliver the power with less effort and to express her best on the slope. The ski is more versatile, allowing a more pleasant time on snow.

The final major feature is the closing-up of the two sections of the plate to reduce the surface on which it insists on the ski—following the morphological study of the female foot. This allows the base on which the plate connects has a lower surface, helping further the natural deformation of the ski.